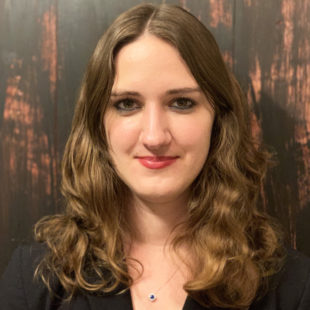 Liz Moomey reports for the Lexington Herald-Leader in Kentucky where she focuses on
watchdog reporting in eastern Kentucky, specifically Pike County. She was a reporter for the
Salisbury Post in North Carolina where she covered the city and politics, along with the town of
Landis. Her reporting sparked an embezzlement investigation into two town employees. She
previously worked at the North State Journal as a reporter and page designer. Moomey has
been awarded by the North Carolina Press Association for feature writing, news enterprise
reporting and design. She was also a sports clerk and writer for the News &amp; Observer and a
web producer for Spectrum News, both in Raleigh, North Carolina. Liz was the editor of North
Carolina State University’s yearbook Agromeck, which won the Columbia Scholastic Press
Association’s Gold Crown award. She is a graduate of North Carolina State University and
serves on the annual publications advisory board helping to select the incoming editor of the
yearbook and literary magazine.