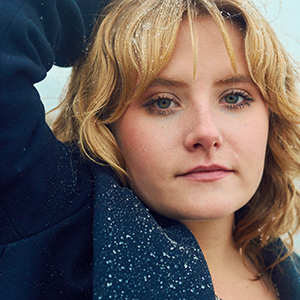 Elizabeth Thompson reports on gender and prison health for North Carolina Health News, a nonprofit news organization in Chapel Hill, North Carolina that covers health care in the state. Thompson has covered Texas politics for The Dallas Morning News’ Washington bureau, reporting on the 2020 election and Texans in Congress. Prior to that, she was a freelance journalist and fact checker for The Raleigh News & Observer, covering North Carolina politics. As an intern for GrepBeat, the tech news website, Thompson wrote about startups and businesses in North Carolina’s Research Triangle area. This classically trained opera singer is a native of Long Island, New York, but became a Tar Heel when she studied journalism and music at The University of North Carolina at Chapel Hill.

There are racially significant health disparities in maternal and infant mortality, as well as in women's health outcomes in NC. This RFA corps member explores these complex issues in the state that spawned the “bathroom bill” and is in need of critical coverage of health care in the LGBTQ community. This reporter also covers prison health. Someone from the queer community or a person of color would be a great asset.