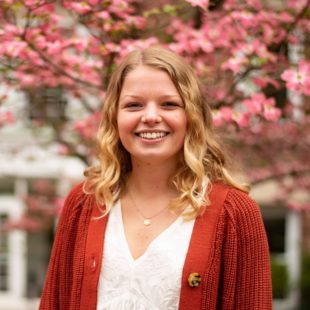 Ellen Wagner reports on municipal services and budget cuts for Mahoning Matters, a new collaboration between Google and McClatchy news based in Youngstown, Ohio. Wagner knows Ohio. She covered health, local events, and crime as a metro intern at The Columbus Dispatch last summer. She was the editor-in-chief of The Post, an independent student newspaper at Ohio University and in the college town of Athens in the southern part of the state. Wagner also covered crime, courts and police in Athens during her four years at The Post. She graduated from the E.W. Scripps School of Journalism at Ohio University in the spring with a major in journalism news and information and a certificate in Italian studies. She is from Westlake, a suburb outside of Cleveland. Wagner, along with the other executive editors of The Post, won Society of Professional Journalists’ 2019 Mark of Excellence Award for editorial writing.

Beat: Watchdog reporting related to the decline in city services

This Reporter is tasked with database reporting to measure the impact of additional cuts in the municipal budget as they are proposed and then connecting with the affected communities. This two-way connection not only allows us to document the decline of city services and quality of life, but also to tell stories through the experiences of the residents who are most impacted. We also use solution-based journalism to help people cope with the loss of services. This Reporter produces 2-3 deeper stories per week.