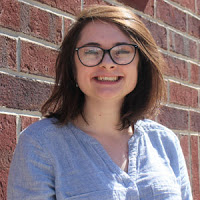 As a city hall reporter for the Grand Forks Herald, Emily has spent the last year covering government and politics for communities throughout northeast North Dakota and northwest Minnesota. Earlier, she interned at the Star Tribune in Minneapolis and American Public Media, where she helped produce APM podcasts like Brains On, a science podcast for kids. She earned her B.A. from the University of Minnesota.

Emily is based in Charleston, the state capital, where she helps cover the legislative session at the start of the year. She works primarily in audio. Outside of the legislative session, her focus is in the southern coalfields and other rural counties that have been identified as distressed by the Appalachian Regional Commission.