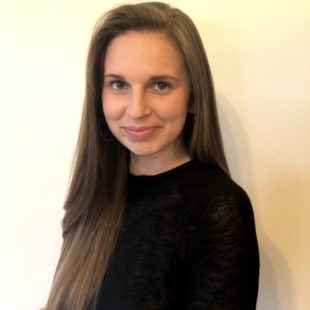 Emma Cotton reports for VTDigger, a news publication and watchdog based in Montpelier, Vermont, where she focuses on Southern Vermont, which has been plagued by everything from contaminated drinking water to population decline and opioid abuse. Since 2016, Cotton has been a Vermont based reporter and writer. For the Addison County Independent, she explored the intersection of agriculture and water quality decline in Lake Champlain for a three-part investigative series called “The Giving Stream.” Formerly, she served as assistant editor of Vermont Ski + Ride and Vermont Sports Magazines, where she won “Best Columnist” from the New England Newspaper & Press Association. Her work has also appeared in the  University of Otago’s student publication, Critic Te  Arohi, The St. Pete Catalyst, 5280 Magazine, and The Brandon Reporter. She was the editor-in-chief of Eckerd College’s student publication, The Current, where she won an award from the Society of Professional Journalists for her coverage of the college’s attempt to change Campus culture surrounding sexual assault. She graduated with Eckerd’s first Bachelor of Science in the Creative Arts collegium after designing her own major in science journalism. Before joining RFA, Cotton toured the country in a homemade campervan.

Beat: Climate and energy and environmental issues confronting Vermont at this time and in the years ahead.

Vermont has long been viewed as the most environmentally conscious state and one that prides itself for having set the nation's most ambitious goals for reducing carbon emissions. However, beneath that veneer lies a truth that many do not want to confront: a lack of oversight has left a number of communities faced with the dangerous effects of PFAS contamination; a shuttered nuclear power plant that still poses a severe risk to the southeastern Vermont area; and an approach to much-needed development that unnecessarily impacts low-income residents and people of color. Our reporter will continue to be the point person in covering the most crucial issues facing residents of southern Vermont: the emergence of a militia-like organization that has frightened citizens in the Pawlet area; industrial pollution that has fouled drinking water supplies in Bennington County; and racial justice issues that have caused people to question the performance of local police, county prosecutors and and even the Vermont attorney general.