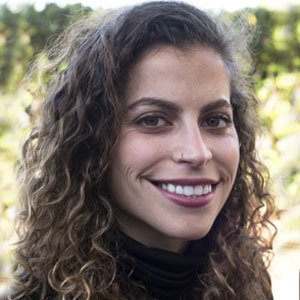 Erica is an award-winning investigative journalist born and raised in the Bay Area. She worked as an investigative and political reporter at INDY Week in Raleigh, NC, a researcher and consultant on a VICE documentary, a reporter/researcher at PBS/Frontline and a fellow at the International Women’s Media Foundation, where she covered migration and domestic violence among asylum seekers in Honduras and on the California-Mexico border. Her investigative series on North Carolina’s commercial hog farming industry won the Philip D. Reed Award for Environmental Writing and was a finalist for numerous other awards. She has a B.A. from Johns Hopkins University and an M.A. from the University of California, Berkeley. Her writing has appeared in The Atlantic, The Washington Post, The Guardian, Marie Claire, Elle, and elsewhere, and her investigations have been highlighted in the New York Times, the Washington Post, and NPR.

Childhood poverty in San Jose and for The California Divide Project

Erica covers childhood poverty in San Jose and the Bay Area as part of “The California Divide.” Poverty is the biggest coverage gap in the state. In response to this, CALmatters, McClatchy’s five California news organizations and the 25 Digital First newsrooms have created a news hub with a collaboration project on the topic. “The California Divide” is an unprecedented news partnership that combines the strengths of respected news-gathering organizations across the state. The shared goal is to build a sustainable and replicable model for data-driven, change-making journalism in this critically underserved coverage area.

Report for America has teamed up with three of the new hub’s newsrooms to offer three new corps member placements: CALmatters in Sacramento, The Fresno Bee in Fresno and The Mercury News in San Jose.

Beat: Childhood poverty in San Jose and for The California Divide Project