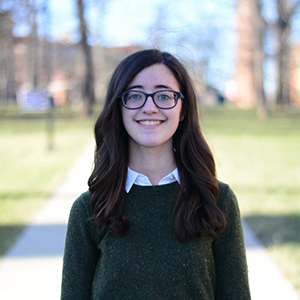 Erin Glynn reports for The Cincinnati Enquirer, focusing on government accountability in three suburban counties. Before coming to The Enquirer, Glynn covered city government and business for the Manistee News Advocate in Michigan. This former news editor of The Miami Student, the student-run paper at Miami University in Oxford, Ohio, studied Mandarin Chinese at Beijing University as part of a study-abroad program, and reported on the expatriate experience in Beijing. When she returned to Ohio, Glynn interned for The Enquirer, and also did an internship at Women of Cincy, a nonprofit that’s focused on uplifting women through storytelling. Glynn graduated from Miami in 2020 with degrees in journalism and global politics.

Beat: Coverage of Butler and Warren and Clermont counties

Cincinnati's Ohio suburban counties of Butler, Warren and Clermont have seen a drastic reduction in media presence. As recently as 10 years go the Enquirer operated a 7-person bureau with reporters covering schools, county and local governments, crime and courts, and breaking news. For the last year, the Enquirer has not had a reporter covering those counties. In Warren County's seat of Lebanon, the local Western Star newspaper folded in 2013 after more than 200 years. Clermont County has a small weekly. Butler County has several Cox-owned news sites, but there's little coverage of southern Butler County, home to Ohio's largest school district and growing suburbs like West Chester. There's virtually no watchdog coverage of county governments serving 824,000 people, and no one making sure justice is served in the court system.