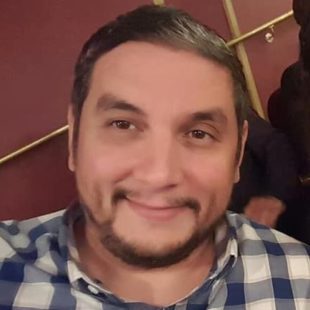 Frank Vaisvilas covers Native American issues in Wisconsin for the Green Bay Press-Gazette in Green Bay, Wisconsin. The state is home to 11 federally recognized Native American tribes. Yet there is little to no coverage of tribes in the state. Vaisvilas traces his own roots to the Yaqui, the indigenous people of Mexico. He has been writing feature stories for the Chicago Tribune, Chicago Sun-Times and the Daily Southtown the last seven years as well as serving as a breaking news weekend reporter for the Daily Southtown and the Chicago Tribune. Prior to this, Vaisvilas helped transform a shopper into an award-winning community newspaper with hard-hitting enterprise reporting, a professional redesign and an introduction of several sections. His work on rapidly rising property taxes for residents on Chicago’s south side was nominated for best investigative reporting by the Chicago Chapter of the Society of Professional Journalists. Adapting to newsroom layoffs of photographers, Vaisvilas expanded his photography skills with the use of professional cameras and his photographs have often been featured on the front pages of major newspapers.

Wisconsin is home to 11 federally recognized Native American tribes. Yet there is little to no coverage of tribes in the state. There is no shortage of critical issues to examine. Substance abuse, domestic violence and suicide are social problems affecting all Americans that are most severely felt on reservations. Conversely, there are equally important positive – and often untold – stories coming from tribal business enterprises.