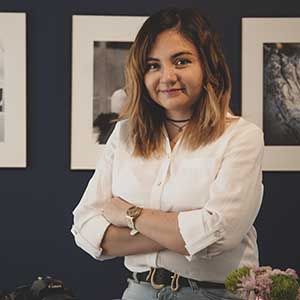 Gabriela Lozada reports on Latino communities in southern New Hampshire for New Hampshire Public Radio. She has over 10 years of reporting experience, and is an award-winning documentary filmmaker who specializes in covering social issues. Her documentary, “El Ultimo Hielero Del Chimborazo” (The Last Iceman of Chimborazo), screened at film festivals in the U.S. Lozada has worked on feature films and in TV, and has managed the communications department of Fondo de Cultura Economica, a major Latin American nonprofit publishing group, in Quito, Ecuador, her hometown. She holds a bachelor’s degree in journalism and audiovisual communications from the SEK International University in Quito, and an MFA in filmmaking from the New York Film Academy.

This reporter covers Latino and immigrant communities in southern New Hampshire. The focus is on Spanish-speakers with original reporting done in Spanish.