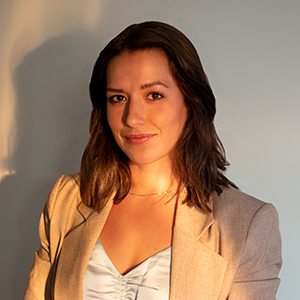 Gabriella Paul is a journalist at WUSF Public Media, the NPR affiliate in Tampa, Florida, reporting on the people living paycheck to paycheck in the area. Previously, Paul was the digital news editor for WUFT public radio in Gainesville, Florida. Born in Colorado, she grew up in the Tampa Bay region and holds a bachelor’s degree in journalism with a minor in history from the University of Florida. While there, Paul earned two Sunshine State Awards from the Society for Professional Journalism, and co-authored a report on the university’s racial legacies. As a fellow for the Brechner Center for Freedom of Information, Paul contributed to an award-winning investigative podcast, “Why Don’t We Know?”

Beat: Living paycheck to paycheck in the Tampa Bay region

This beat focuses on people who have jobs but struggle to survive in a fast-growing region with stagnant wages, job insecurity, rising costs. The multimedia reporter develops coverage that resonates with those living these experiences and with people unaware of neighbors living on the brink of poverty.