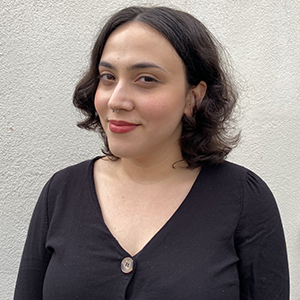 Genesis Chavez-Caro covers poverty and opportunity in the Inland Empire, an area encompassing Riverside and San Bernardino counties east of Los Angeles, for the California Divide project. She is a former editor and columnist for Spanish-language publication El Aviso Magazine, where she focused on topics regarding Latino millennial trends and interests. Previously, she was a reporter for the nonprofit organization Gladeo, where her reporting provided low-income high school students the resources they need to make informed career choices. Chavez-Caro was also a reporter for bilingual newspaper El Tecolote, covering San Francisco’s historic Mission District and its ever-changing cultural climate. She has a bachelor’s degree in Journalism with a minor in Race and Resistance Studies from San Francisco State University. Her hometown is Huntington Park, California.

Beat: Poverty and opportunity in the Inland Empire

The Report for America reporter covers the Inland Empire for the California Divide project, a statewide media collaboration on poverty and income inequality. The Inland Empire is a region east of Los Angeles, covering more than 27,000 square miles of Riverside and San Bernardino counties. The area has a population of approximately 4 million people.