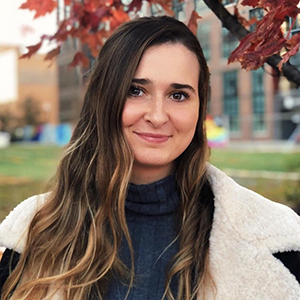 Giulia McDonnell Nieto del Rio covers immigration enforcement for Documented, a nonprofit news site that focuses on New York City’s immigrant communities and policies that affect them. Prior to this, she was a national reporting fellow for The New York Times, writing about COVID-19, the pandemic’s effect on education, and extreme weather, among other stories. McDonnell Nieto del Rio is fluent in Spanish and reported on Latino communities and breaking news as an intern for her hometown paper, the Los Angeles Times. A participant in The New York Times Student Journalism Institute, she holds a bachelor’s degree from Williams College, where she majored in Latin American history. She focused on immigration reporting while earning her master’s from the Columbia University Graduate School of Journalism. McDonnell Nieto del Rio has also worked for CNN in New York and Washington D.C.

The Report for America corps member focuses on the enforcement parts of the immigration system—especially courts and detention throughout New York City.