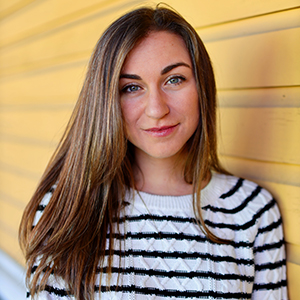 Hannah Critchfield covers issues affecting people 65 and over for the Tampa Bay Times. A second-year corps member, she previously reported on conditions inside prisons and jails during the pandemic and gender-based health disparities for North Carolina Health News. Critchfield’s investigation into the state’s underreporting of incarcerated people who died of COVID-19 changed state prison policy. She has worked for the Phoenix New Times, covering immigration and criminal justice, and her reporting has also appeared in The New York Times, VICE, The Intercept, and PBS. Critchfield, from Normal, Illinois, holds a master’s degree from the Columbia University Graduate School of Journalism, where she focused on workplace abuse within undocumented communities and received the Melvin Mencher Award for superior reporting. Her investigation into the rehiring of university faculty accused of sexual harassment in 2019 earned her the Fred M. Hechinger Award for Education Journalism.

A quarter of the Tampa Bay area population is 65 and over, and there is a range of topics unique to this population, which also represents some of our most loyal readers. This reporter will seize on issues of economics, health care, family dynamics, culture, government policy and community to provide news-driven enterprise, explanatory and watchdog journalism. Data skills are a plus.