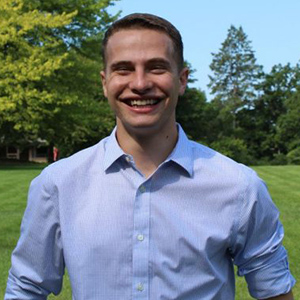 Harm Venhuizen is a state government reporter with The Associated Press in Madison, Wisconsin, primarily covering elections and voting rights. Prior to this, Venhuizen interned at Military Times. He holds a bachelor’s degree in political science and philosophy from Calvin University in Grand Rapids, Michigan, where he served as editor-in-chief of Chimes, the student paper. During his time at Chimes, he earned recognition for his investigative coverage of controversial personnel decisions, sexual assault and university employment policies against same-sex marriage. Venhuizen grew up on a small farm in rural Wisconsin, and spent a summer working as a wildfire firefighter with the U.S. Forest Service. His hobbies include mountain biking, combat robotics and playing the piano.