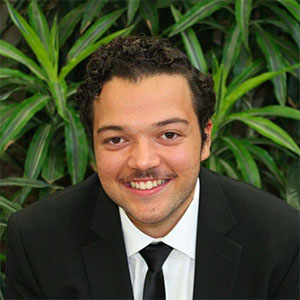 Hosam Elattar covers local government and the Muslim and Arab communities for Voice of OC, a digital news outlet in Orange County, California, one of the largest counties in the U.S. This new Report for America position allows him to continue working for this nonprofit publication. As a reporting fellow at Voice of OC, he covered local school districts, homelessness, affordable housing and more. Elattar, along with several colleagues, won top honors from the California News Publishers Association for their wildfire news coverage. A graduate of California State University, Fullerton, where he was a reporter and editor at the  student paper, the Daily Titan, Elattar also speaks Arabic and Spanish and has lived in Botswana, Nepal, Uganda, the Dominican Republic and India. He hopes to become a foreign correspondent in the Middle East and start his own newsroom.

This bilingual multimedia reporter covers local government in north Orange County, a diverse area that includes the very wealthy and the very poor, and communities of color including Latinos, Asian Americans and Arab Americans. Key local issues include housing, education and health care.