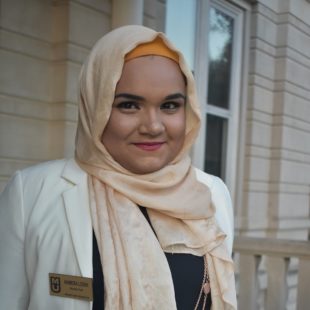 Humera Lodhi reports for The Kansas City Star where she works as part of a team focusing on gun violence and uses her data skills to offer a deeper understanding of firearms statistics. She is a writer, programmer, multimedia creator and proud Missourian who has reported for various Missouri outlets such as the St. Louis Post Dispatch and KCUR on civil rights legislation, social media extremism and neglected public infrastructure. She was part of an award-winning research team that created a digital database mapping the British suppression of the African slave trade, created and produced a Snapchat series covering the midterm elections for Raycom Media and built an app for journalists that uncovered hidden relationships between topics using artificial intelligence. Lodhi graduated from the University of Missouri with degrees in journalism and statistics in 2019. Afterwards, she pursued a master’s degree in data journalism from Columbia University.

Beat: A team approach to coverage of gun violence

This Reporter, one of three in a special reporting team, focuses on the stories behind gun data. Has changing Missouri law really led to more gun violence? Who’s behind this effort? Where do Missouri's guns come from? Have policing tactics changed because of data?