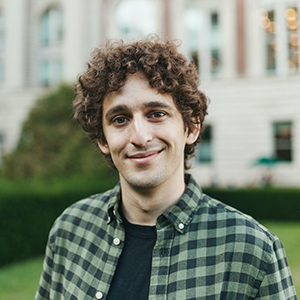 Ian Karbal reports on state politics for Mountain State Spotlight, an investigative and enterprise news site based in Charleston, West Virginia. Before joining the Spotlight, Karbal was a Delacorte Magazine fellow at the Columbia Journalism Review, covering mis/disinformation and the media industry. He holds a master’s degree from the Columbia University Graduate School of Journalism, where he specialized in investigative reporting in the Toni Stabile Center program. His work has also appeared in The Trace, OpenSecrets, and the Gateway Journalism Review. Karbal, from Chicago, began his career reporting on local government for the Pinckneyville Press in Illinois. His investigative work uncovering biased and for-profit policing practices earned him a Freedom of Information Award from the National Newspaper Association, and made him a finalist for the 2018 Chicago Headline Club’s Peter Lisagor Awards.

This Report for America Corps member will keep an eye on West Virginia's elected officials from the governor to the state legislature to the Congressional delegation. Through a heavy use of records requests and data analysis, they will pull back the curtain on government's inner workings and explain the far-reaching consequences of political decisions and legislation on ordinary West Virginians.