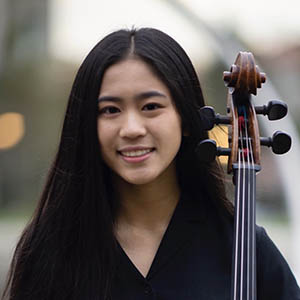 Iris Kwok reports on climate and transportation for Berkeleyside, a nonprofit digital news site that covers Berkeley and the East Bay in California. As a freelance journalist, she has written for the San Francisco Chronicle, Sfgate, a news site, and KQED public media, covering stories about race and diversity, music, and their intersection. Kwok was a 2021 Asian American Journalists Association Voices fellow, where she reported on the exodus of journalists of color from the news industry. A recent graduate of the University of California, Berkeley, Kwok studied political science, music and journalism. Outside of journalism, she is a cellist with an affinity for cats and foggy weather.

The Bay area is routinely confronted with extreme weather patterns, air pollution from regional wildfires and drought that is altering the local ecosystem. This bilingual reporter covers climate issues in Berkeley, and local transportation developments, intimately related to the climate crisis.