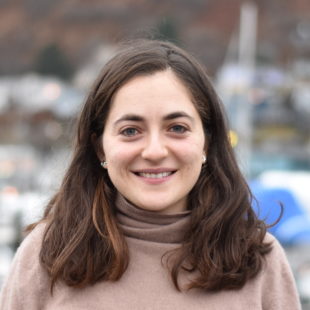 Iris Samuels covers gubernatorial and congressional elections in Montana for The Associated Press. Based in Helena, the state capital, she also covers policy issues that bear on the lives of the state’s one million citizens who face a dearth of statewide coverage. No stranger to the West, Samuels reported and investigated stories on local government, education, and healthcare for the Kodiak Daily Mirror in Alaska. It’s a world away from Israel, where she was raised and completed her mandatory military service as an intelligence analyst. (Samuels is a dual American and Israeli citizen who speaks Arabic, English, French, and Hebrew.) She is a summa cum laude graduate from Princeton where she won the John McPhee Award for Independent Journalism for her on-scene coverage of the refugee crisis in Europe based on interviews in Greece, Bulgaria, Turkey, and Germany. In college, she also covered education for regional news outlets including public radio station WHYY in Philadelphia and penned a column for the Daily Princetonian.

Election coverage here includes some of the most important races in the nation in 2020. And there will be ample opportunity to use public records and source-building to search out stories of influence, incompetence and courruption.