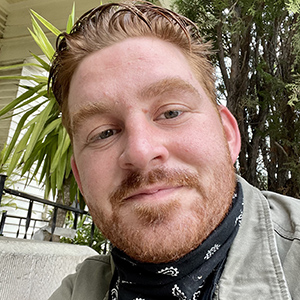 Isaiah Murtaugh is an education reporter at the Ventura County Star, which is part of the USA Today Network and based in Camarillo, California. As a freelance podcast producer, he created a historical documentary series for Reckon Radio and wrote and produced episodes for “The Whistleblower,” a series from The GroundTruth Project and Boston’s WGBH public radio. Murtaugh has reported audio and print stories on religion and politics, and his work has appeared in The Guardian, USA Today and Religion News Service. He calls Los Angeles home, and holds a master’s degree in specialized journalism from the University of Southern California. A train lover, shoe skeptic and songwriter, Murtaugh has performed Americana music under a stage name.

This beat covers equity in education, with a focus on holding districts accountable for spending and student outcomes. In 2013-14, California initiated the Local Control Funding Formula, a process that dramatically altered how decisions on using school funding are made. This reporter investigates how much of the money that school districts receive from the state is funneled into classrooms, the impact on class sizes, and efforts to close achievement gaps. Those achievement gaps exist between traditionally underrepresented groups, including English-language learners and students from low-income families.