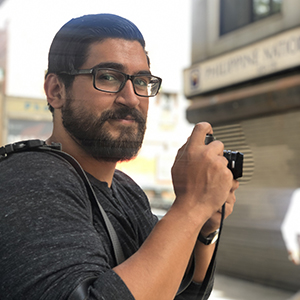 Ivan Armando Flores is a photojournalist for the Texas Observer, an Austin-based nonprofit news organization, covering the state’s Indigenous communities. As a freelance photographer, Flores focused on migration, refugees, addiction crises and the war in Afghanistan, where he reported from on and off for several years. His work has appeared in Foreign Policy, The Guardian and The New York Times. Flores holds a master’s degree in journalism from The City University of New York, and a bachelor’s degree in criminal justice from Florida International University. He is a member of the National Association of Hispanic Journalists and Diversify Photo, an online database of visual storytellers for editors seeking to diversify their rosters. He calls Miami home.