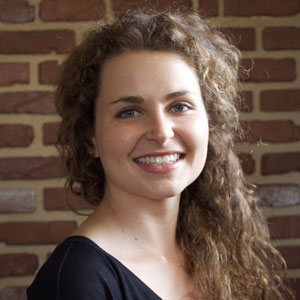 Jackie is a data and multimedia reporter originally from Southern California. She has interned on the Data and Enterprise desk for Reuters News and for her hometown paper, The Santa Barbara Independent. Her reporting on immigration, the environment, and wildfires has appeared in Pacific Standard, SFGate, Public Radio International’s “The World,” The Philadelphia Inquirer, Peninsula Press and the Half Moon Bay Review. A graduate of Stanford University’s master’s program in journalism, she received the James S. Robinson student journalism award for a multimedia series that documented the impacts of wildfires on immigrant communities in Northern California in 2017.

Jackie covers poverty with a legislative and data focus as part of “The California Divide.” Poverty is the biggest coverage gap in the state. In response to this, CALmatters, McClatchy’s five California news organizations and the 25 Digital First newsrooms have created a news hub with a collaboration project on the topic. “The California Divide” is an unprecedented news partnership that combines the strengths of respected news-gathering organizations across the state. The shared goal is to build a sustainable and replicable model for data-driven, change-making journalism in this critically underserved coverage area.

Report for America has teamed up with three of the new hub’s newsrooms to offer three new corps member placements: CALmatters in Sacramento, The Fresno Bee in Fresno and The Mercury News in San Jose.