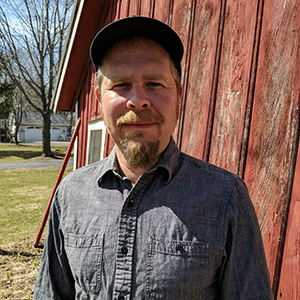 Jacob Resneck covers state government for Wisconsin Watch, a nonprofit newsroom run by the Wisconsin Center for Investigative Journalism. Before this, he was regional news director for CoastAlaska, a public media collaborative in southeast Alaska. Resneck spent several years working in Germany and as an Istanbul-based freelancer covering Eastern Europe, the Middle East and post-Soviet space for national publications and radio outlets. Closer to home, he’s written for newspapers large and small (but mostly small) and regional magazines. He was an Austria Fellow with the International Center for Journalists, and recently finished his second term as a board member of the Alaska Press Club, which trains journalists and advocates for First Amendment rights in the 49th state. Resneck is married and has two children.

This investigative reporter focuses on the Wisconsin state Legislature, governor’s office, state agencies and Supreme Court in a deeply polarized state where democracy itself is in peril. The position is ideal for a relentless reporter who knows how to navigate bureaucracies to uncover the effects of state legislation, policies and laws on the lives of Wisconsin residents. The coverage amplifies the voices of underserved residents and exposes efforts to weaken democracy in the state through government secrecy, power grabs, disinformation and other strategies.