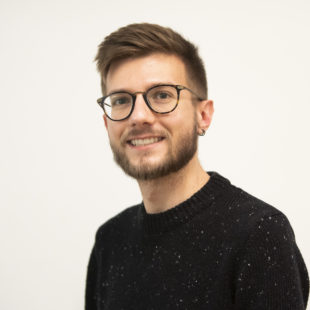 Jake Wittich covers Lakeview/Boystown/Lincoln Park areas of Chicago, for Block Club Chicago. He has covered local news with an LGBTQ focus as a weekend reporter at the Chicago Sun-Times and as a freelancer for Block Club Chicago, and various LGBTQ publications including the Windy City Times. His investigative reporting on racism in the Boystown neighborhood was recognized as a finalist in the 2019 Chicago Journalists Association awards. Wittich previously worked as an overnight breaking news reporter for the Sun-Times after completing a summer internship for the newspaper’s city desk. He attended Columbia College Chicago, where he was managing editor of its student-run newspaper, The Columbia Chronicle.

This beat helps fill the void in the Lakeview/Boystown/Lincoln Park area, home to the largest population of Chicago’s LGBTQ community. From covering the impact of the expanding Wrigley Field on the neighborhood to giving a voice to the many LGBTQ organizations that are creating change by fighting bigotry, there are a wealth of stories that aren’t being covered right now. Instead of dropping in, this Reporter is responsible for daily coverage of what is happening in these neighborhoods. The coverage not only serves the people living in these under-covered areas, but serves the larger Chicago population by providing more robust coverage of their city.