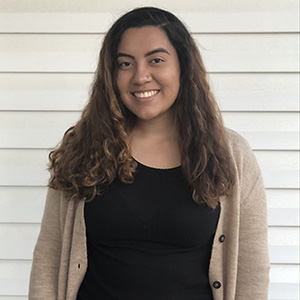 Jasmin Herrera reports on affordable housing in Charlotte, North Carolina for La Noticia, the state’s largest Spanish-language paper. Herrera is a trilingual Mexican American journalist born in California and raised in North Carolina. She earned an associate degree at Central Piedmont Community College and holds a bachelor’s in media and journalism with a minor in social and economic justice from The University of North Carolina at Chapel Hill. As part of a multimedia team project covering the aftermath of Hurricane Maria and its devastating effects on Puerto Rico and its people, Herrera reported on the island’s fallen electrical grid and helped the team win the Online Journalism Awards’ top honor for student journalism in 2018 and earn second place in the Society of Environmental Journalists’ student awards. The judges deemed this multimedia project “a superior example of the potential of modern journalism.” Herrera has also interned with her local NPR affiliate and Creative Loafing Charlotte.

This corps member investigates and reports on affordable housing, a huge issue in Charlotte. Low income families cannot afford to live in the city anymore. The issue is even bigger in the Latino community where they face added challenges of abuse and discrimination, including eviction from apartments or mobile homes, no relocation assistance and many other issues. People are too scared to react. They don't know they have rights. It is our duty as a community newspaper to educate our readers on this important subject and provide them with information so they can negotiate with land owners and property managers to get what is rightfully theirs.