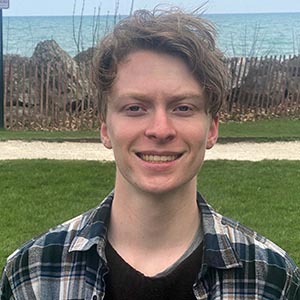 Jason Harward is a multimedia journalist reporting on the state legislature and the economy for the Mitchell Republic in Mitchell, South Dakota. A recent graduate of Northwestern University, he holds a bachelor’s degree in journalism with a minor in legal studies. Harward spent three months reporting on the U.S. Congress for Medill News Service, part of Northwestern’s Medill School of Journalism, focusing on infrastructure, antitrust and the early buildup to the midterm elections. As an intern at KSAT, the ABC affiliate in San Antonio, Texas, he assisted in the production of daily newscasts and reported for the news site. When he’s not working, Harward loves the outdoors, cooking and reading Gothic novels.

This reporter covers South Dakota Legislature and politics at a time when Gov. Kristi Noem is being mentioned as a potential 2024 presidential candidate. In the off months, the reporter roams undercovered areas to tell stories about the rural economy, healthcare and tribal and immigrant communities. These workers are a major part of the agriculture and meatpacking industries.