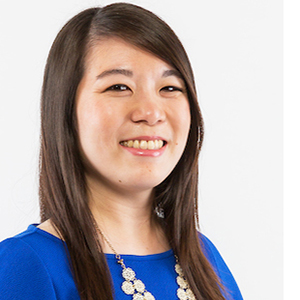 Jayna Omaye covers ethnic and cultural affairs for the Honolulu Star-Advertiser, Hawaii’s largest daily newspaper. Born and raised on Oahu, Omaye recently worked as a staff writer at Honolulu Magazine, where she led one of its largest projects in recent years—a 19-page cover story and 20 individual pages online—about the life stories of Hawaii’s Japanese-American veterans. The multimedia feature won two national first-place awards. Her work has also garnered three local awards. Omaye began her journalism career as a reporter for the Orlando Sentinel in Florida, and then moved back home to work at the Honolulu Star-Advertiser in 2015. She earned her master’s degree from Northwestern University, and her bachelor’s from the University of Oregon. Omaye has danced hula for most of her life and recently began playing taiko, a percussion instrument, after a story on Honolulu’s ethnic festivals inspired her to reconnect with her Japanese heritage.

Beat: A multimedia approach to ethnic and cultural affairs

The former home of the likes of President Barack Obama and Dwayne "The Rock" Johnson, Hawaii broadly is known as a melting pot of ethnic and cultural diversity. This multimedia reporter covers ethnic and cultural affairs with fresh eyes, telling the challenges faced by and successes of the nearly 40 percent of the population that is Asian and the 24 percent that identify as multi-ethnic while engaging the other smaller ethnic groups that make up the state's population.