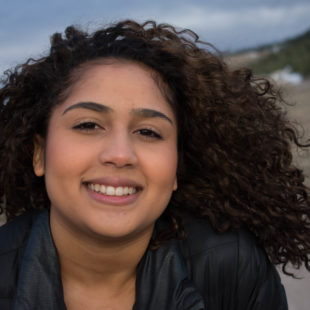 Jazzlyn Johnson reports for The Community Voice, a publication that focuses on African-American communities. While The Voice began in Wichita, Kansas, it has expanded to include Kansas City, Missouri, where Johnson focuses on violent crime, affordable housing and other issues of concern. Before this, she was an editorial intern for the Outdoor Writers Association of America’s membership magazine Outdoors Unlimited. She has also worked with Garden City Harvest, a local nonprofit in Missoula, Montana, as a public outreach intern. While earning her B.A. at the University of Montana School of Journalism, Johnson covered Montana’s legislation surrounding the Missing and Murdered Indigenous Women’s crisis. Johnson’s reporting on the legislature for the Montana Native News Project sparked national attention and she was consulted for one of MTV’s True Life Crime episodes. The project as a whole is a finalist for an Online Journalism Award.

The primary focus of this Reporter is the Kansas City market. While this market is underserved in general, some of the issues that are of concern to African Americans here are the reduction of violent crime and lack of affordable housing. However, there is still a great need for general assignment reporting of news and events of Kansas City's African-American community.