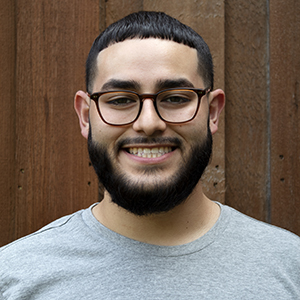 Jeffrey Ruiz covers disinvested neighborhoods in search of solutions for the city’s systemic inequalities in Dallas, Texas for Dallas Free Press. While an undergraduate at the University of North Texas, Ruiz was a special contributor for The Dallas Morning News and reported on a city redevelopment project in McKinney, Texas that cleared an entire mobile home community. His bilingual skills in Spanish played a major role in this investigative piece. Ruiz enrolled in a practicum with The North Texas Daily as a news reporter covering social issues at the local and county level, based on initiatives and programs declared by the city council and the administration of UNT. He holds a bachelor’s degree in journalism with a concentration in digital and print media. Whenever he isn’t reporting, Ruiz spends his time serving the community through his local church.

This multimedia reporter covers the decisions made every day at City Hall, the Dallas Independent School District headquarters and Dallas County courts that affect residents in South Dallas and West Dallas in meaningful ways. By covering both the government—through interviews and scouring public documents—and interviewing residents, they will provide residents the information they need to make their voices heard.