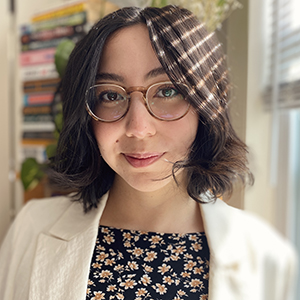 Jenny Whidden reports on the effects of climate change on Chicago’s suburbs for the Daily Herald, based in Arlington Heights, Illinois. A second-year Report for America corps member, Whidden previously was a Statehouse reporter for New Hampshire’s Granite State News Collaborative, covering legislation related to racial justice. A native of Rolling Meadows, Illinois, Whidden holds a bachelor’s degree in journalism from Marquette University. There, she was managing editor of the student paper, the Marquette Tribune, which won top honors in General Excellence from the Wisconsin Newspaper Association. Whidden enjoys going to the movies, reading fiction and spending time with Princeton, her cat.

This multimedia reporter covers climate change issues—with a local focus and a solutions journalism approach. What will the Chicago suburbs look like in decades to come if little is done to address climate change? What are the threats to Lake Michigan and to the clean water supply?