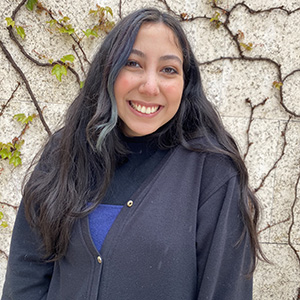 Jenny Whidden reports on the New Hampshire Statehouse and racial justice legislation for The Granite State News Collaborative, a statewide multimedia collective of nearly 20 media outlets and community partners working together. Previously, Whidden, of Rolling Meadows, Illinois, covered the Illinois Statehouse and the pandemic for the Chicago Tribune. She holds a bachelor’s degree in journalism from Marquette University, where she was managing editor of the Marquette Tribune, the award-winning student paper. Whidden has reported for New Jersey’s Star-Ledger, the Milwaukee Journal Sentinel and the Milwaukee Neighborhood News Service, a nonprofit site. The Associated Press and U.S. News & World Report have also published her work. Whidden says that when she was a senior in college a journalist told her, “When done well, journalism is a genuine public service.” This is what Whidden intends on doing.

In-depth statehouse coverage, including legislation, policy and investigative projects, as well as tracking any racial justice-related legislation, is the crux of this beat. Work will be shared in newsrooms throughout the state. Given the makeup of the collaborative, which includes radio, video, print, digital dailies and monthly magazines, this reporter has the unique opportunity to work and hone skills in these areas.