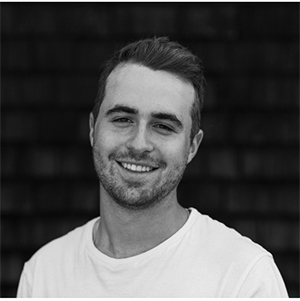 Jesse Bedayn reports on economic inequality for The Mercury News in San Jose, California. Before becoming a Report for America corps member, Bedayn studied investigative reporting and narrative writing at UC Berkeley’s Graduate School of Journalism, where he wrote about health care and aging in California and investigated the fraught world of for-profit nursing homes for the Investigative Reporting Program. Bedayn has worked as a stringer for The New York Times and as a research and data assistant at KQED public radio, he plumbed through police use-of-force cases for The California Reporting Project. Bedayn holds a bachelor’s degree from the University of Kent in England. As editor of the student paper InQuire, he won local awards and shared the paper’s first national U.K. award since the paper’s inception in 1965. Bedayn grew up in the foothills of California’s Sierra Nevada, and spends his free time rambling in the mountains.

Beat: Economic inequality in San Jose and for The California Divide Project

This reporter covers economic inequality in San Jose and the Bay Area as part of “The California Divide.” Poverty is the biggest coverage gap in the state. In response to this, CALmatters, McClatchy's five California news organizations and the 25 Digital First newsrooms have created a news hub with a collaboration project on the topic. “The California Divide” is an unprecedented news partnership that combines the strengths of respected news-gathering organizations across the state. The shared goal is to build a sustainable and replicable model for data-driven, change-making journalism in this critically underserved coverage area. Report for America has teamed up with three of the new hub's newsrooms to offer three new corps member placements: CALmatters in Sacramento, The Fresno Bee in Fresno and The Mercury News in San Jose.