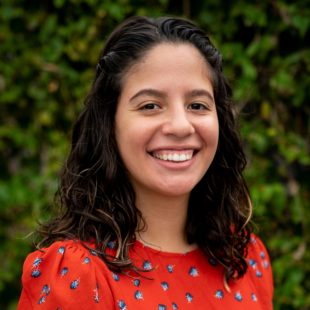 Jessica Rodriguez is a reporter with the Milwaukee Journal Sentinel focusing on the undercovered Spanish-speaking neighborhoods on the city’s south side. Rodriguez has covered crime and breaking news in Naples, Florida, for the Naples Daily News. As a crime reporter, she covered issues that affect Latinos dealing with police and the criminal justice system, such as language barriers farm working communities face when reporting crimes. Prior to that, she interned at the Gainesville Sun as a reporter and photographer. Rodriguez graduated from the University of Florida in August 2018 and was born and raised in Hialeah, a city just outside of Miami. Rodriguez is of Cuban and Honduran descent. She spends most of her free time training in Brazilian Jiu-jitsu, a sport she has come to love.

Beat: Latino neighborhoods on the city's south side

This Reporter expands our ground-level networking and reporting approach to Spanish-speaking neighborhoods on the city’s south side. This position works in tandem with a full-time position we created that is more focused on African-American neighborhoods, and other Reporters and videographers that may be added or reassigned. As such, fluency in Spanish – verbal and written – is vital and the goal is to listen to and report on the concerns of residents, officials and neighborhood leaders. This Reporter will need to network by attending community meetings, building contacts with key residents and engaging with others via social media. This position requires reporting from the street-level, not from City Hall or the Police Department. And it will require a gifted writer who can document problems as well as search for solutions.