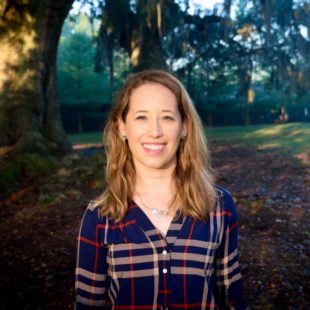 Joan Meiners reports for The Spectrum in St. George, Utah, and focuses on the consequences of growth in Cedar City. Meiners has a Ph.D. in Ecology from the University of Florida, where she published multiple peer-reviewed scientific articles. As a journalist, she has written about the environment for Smithsonian Magazine, Discover Magazine, Orion Magazine and New Scientist Magazine. She spent 2019 as a member of ProPublica’s Local Reporting Network investigating pollution from the oil and gas industry in southeast Louisiana for the ‘Polluter’s Paradise’ series, which won the Bayou Brief award for Louisiana’s Best Environment Reporting of 2019. The previous year, she got her start doing newspaper writing as an American Association for the Advancement of Sciences (AAAS) fellow at The Times-Picayune in New Orleans. Before that, she produced data journalism for the award-winning series, ‘Peak Florida’ while still a graduate student.

This beat explores the impacts of growth on the local economy and the natural environment. As an example, Cedar City and its neighbors have reported dwindling water supplies in recent years, with the water table beneath the city dropping as much as 18 inches in a single year and streamflows from a single seasonal creek expected to decline in the future due to climate change. This Reporter investigates the possible harm of decisions made now for short-term economic development and how local governments ensure the local water supply for the future.