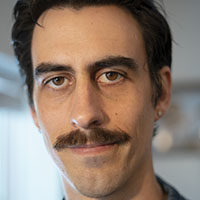 Jordan Wilkie writes and reports for Carolina Public Press in Asheville, North Carolina, where he covers election integrity and conditions of confinement in jails. He has previously written for Carolina Public Press, and his work has also appeared in The Guardian, the Raleigh/Durham IndyWeek and WhoWhatWhy.org. In 2018, Wilkie graduated with a master’s degree in journalism from the University of North Carolina at Chapel Hill. In his previous life, Wilkie worked as an administrator and instructor of educational programming in prisons and juvenile detentions in Oregon. He holds a bachelor’s degree from the University of Oregon.

The Reporter covering this beat focuses on state and county investigative reporting about adequacy/inadequacy and transparency of voting systems and decision making among officials. The Reporter will be under the direction of the managing editor and will work closely with our lead investigative Reporter, who is also a data reporting and public records expert, both with a combined 30+ years of experience.