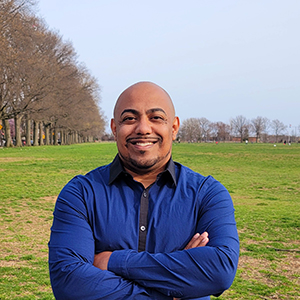 Joseph De La Cruz reports for The Riverdale Press, covering housing in New York City’s Riverdale neighborhood in the Bronx. De La Cruz was born and raised in Brooklyn, and still calls it home. This multimedia journalist has written for online news outlets, including Bklyner, Kings County Politics and NBC News, primarily covering politics and culture. For over two years he was an associate video producer for MSNBC’s “Morning Joe” and before that, he worked at the cable channel’s “Live Weekends,” “Politics Nation” and “Kasie DC” as an associate video producer. De La Cruz holds a bachelor’s degree from Brooklyn College, where he double majored in journalism and TV and radio. Husband and father, De La Cruz enjoys shooting video around Brooklyn when he gets a chance.

This reporter covers real estate in New York City, where there are significant gaps in affordability on both the residential and commercial sides. Construction continues at a brisk pace, replacing some of the remaining single-family homes outside of the estates area, and replacing them with high-density multi family homes. Yet schools and streets aren't given a chance to catch up, nor are plans in place to help provide necessary infrastructural support for such projects.