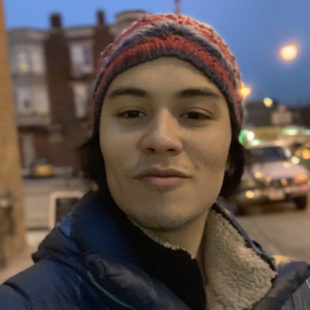 Juanpablo Ramirez-Franco covers drinking water quality for WNIJ Radio in Illinois. This multimedia reporter focuses on the quality of the rivers and groundwater, and how climate-driven rain and flooding pose threats to life in the region north of the Illinois River.  An audio producer and journalist based out of Chicago, Ramirez-Franco has been a bilingual facilitator at the StoryCorps office in Chicago. As a civic reporting fellow at City Bureau, a non-profit news organization that focuses on Chicago’s South Side, he produced print and audio stories about the Pilsen neighborhood. Before that, he was a production intern at the Third Coast International Audio Festival and the rural America editorial intern at In These Times magazine. Ramirez-Franco grew up in northern Illinois, He is a graduate of Knox College.

Nearly every county in the state north of the Illinois River has some concentration of nitrates in the drinking water. This multimedia reporter focuses on water, including the quality of the rivers and groundwater, and how climate-driven rain and flooding pose threats to life in the region.The journalist works on the Mississippi River Basin Ag & Water Desk. This initiative of Report for America, in partnership with the Missouri School of Journalism and the Society of Environmental Journalists, offers a network of collaborative reporting covering water, agriculture and environmental issues across the Mississippi River Basin.