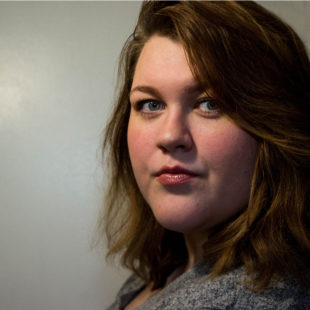 K. Sophie Will reports for The Spectrum in St. George, Utah, where she focuses on the major national parks in the area—Bryce Canyon, Zion, and the Grand Canyon—and the consequences of growth and tourism. Being in Utah marks a return for Will, who grew up in Draper, Utah. She is an investigative data journalist who has covered everything from local government to major human rights violations at investigative multimedia internships with NBC 10 Boston, HuffPost, the New England Center for Investigative Reporting/WGBH and The Deseret News. She has also covered daily metro news at the Boston Globe as well as climate change and women’s rights at the Thomson Reuters Foundation in London. At Boston University, where she graduated with her bachelor’s in journalism in May 2020, she was the managing editor and the pioneering in-depth and data editor at the BU News Service.

Three of the nation’s most popular national parks sit within our coverage area: Zion, Bryce Canyon and the Grand Canyon. All three have seen explosive growth in visitation over the past decade, something park officials attribute to a combination of economic stability, increased interest in outdoor recreation and massive worldwide advertising efforts. Zion in particular has become the poster-child for overcrowding, host of winding lines as guests wait to load up onto shuttle buses to take iconic hikes like Angels Landing and The Narrows. Park officials worry about environmental impact and have floated visitor caps or an online registration system to limit the number of people able to squeeze into the park on any given day. This beat is a dream for the enterprising Reporter. It involves traveling into and around these three parks, along with surrounding national monuments, conservation areas, tribal lands and the tourism-driven communities that dot the surrounding landscapes, reporting in real time on the pressures they face.