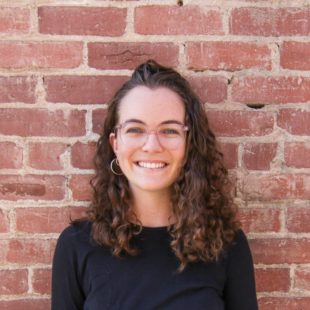 Kaitlin Washburn reports for The Kansas City Star where she is part of a team examining gun violence in Missouri. As part of the team, Washburn reports in-depth on the politics of guns in the Missouri Legislature. This is her second tour of duty with Report for America. For the past year as an RFA member, she covered the omnipresent agriculture industry in California’s Central Valley for The Sun-Gazette. Prior to that, Washburn covered campaign finance and dark money for the Center for Responsive Politics, recreational cannabis and questionable state health care for The Oregonian and state politics for the Columbia Missourian. In 2019, she graduated with a bachelor’s degree in journalism from the University of Missouri School of Journalism. At MU, her emphasis was in investigative reporting, and she spent three years as a researcher for Investigative Reporters and Editors.

Beat: A team approach to coverage of gun violence

This Reporter documents how lawmakers in Jefferson City are insulated from gun violence and how mainly white men are involved in high-level discussions to address it. We’ll show the efforts of black lawmakers from the hardest-hit districts, and the overwhelming opposition they encounter from the majority white, rural legislature. The Reporter profiles the political base, campaign funding, and record of key lawmakers who make sure no gun laws are passed.