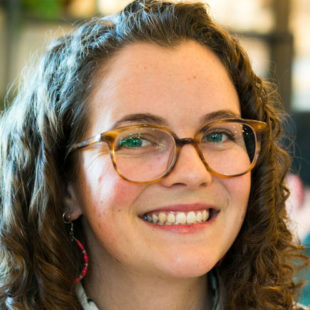 Kaitlin has been a reporter and editor for the Columbia Missourian and a researcher for Investigative Reporters and Editors. She’s also interned for the Center for Responsive Politics, The Oregonian and The Morning Call. In 2018, Kaitlin was awarded the Keystone Press Award for Investigative Reporting by the Pennsylvania NewsMedia Association for an investigation into the upkeep of fire department equipment, reporting she did as an intern for The Morning Call. She’s covered local, state and national politics, cannabis, campaign finance, dark money and the ouster of a mayor and a governor. Kaitlin graduated in May with a B.A. from the University of Missouri School of Journalism.

Kaitlin reports on how regulations are affecting farms of all sizes, how labor issues affect the poverty of farm workers, and how farm subsidies play a role in funding the production or non-production of crops in the area. Inside the nation’s most productive agricultural regions, reporting is increasingly difficult due to the private nature of large agricultural businesses and their operations, as well as the language and trust barriers between local media and farm laborers. The local economy is reliant on undocumented workers who pay into the social welfare system but do not have access to benefits of the system, such as health care, mental health and social security income. The local economy is also heavily subsidized by the government as farmers, both large and small, are paid to either produce, or in some cases, not produce crops to control the market.