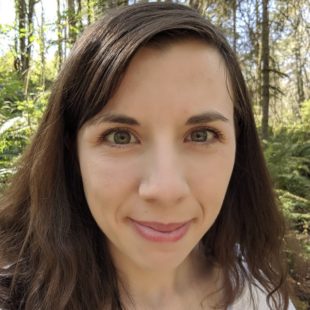 Kaitlyn Nicholas reports for Yellowstone Public Radio in Billings, Montana, where she concentrates on Native American issues including the crisis of murdered and missing indigenous women, water rights, conflicts with nearby communities and other issues affecting the federally recognized tribes in Montana and Wyoming. An audio journalist, Nicholas recently completed her master’s in journalism at New York University, where her stories often focused on the intersection of biological engineering, history the U.S. legal system. While in graduate school, she also worked as an archival researcher for the history podcast, “Fiasco.” In 2019 she was an intern at Yellowstone Public Radio. NIcholas earned her Bachelor’s in English from Montana State University.

There are eight Native American reservations in Montana and Wyoming. This Report for America corps member covers the growing awareness and response to the epidemic of missing and murdered indigenous women and girls, ongoing negotiations over tribal water rights, differing approaches to energy development on tribal lands, unique expressions of tribal sovereignty, crime and justice, and language and cultural revitalization. This Reporter covers tribal, county, state and federal policy and relations, providing sorely needed sunlight on issues that often go uncovered and can lead to severe conflict between reservation and nearby communities. This Reporter is based at Yellowstone Public Radio’s main studio in Billings, and travels frequently.