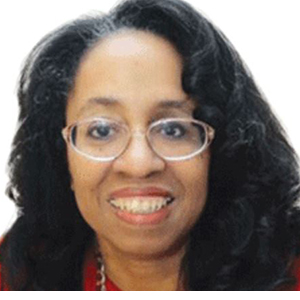 Karen Robinson-Jacobs is a business reporter for The St. Louis American, which covers the African American community in St. Louis, Missouri. This Chi-Town native has been chasing the big story for decades. Most recently she was a freelance journalist with the St. Louis American and NBCBLK.com, writing about issues of concern to African Americans. Robinson-Jacobs spent 15 years reporting for The Dallas Morning News, where she was part of the Pulitzer Prize finalist team lauded for coverage of the 2016 shooting spree that killed five police officers and injured nine others. Prior to that, she spent 15 years with the Los Angeles Times, helping to launch their website. A longtime Midwesterner, Robinson-Jacobs also worked at the Milwaukee Journal, where she was among the first African American editors.

This reporter covers African-American businesses and entrepreneurs in the St. Louis metropolitan area.