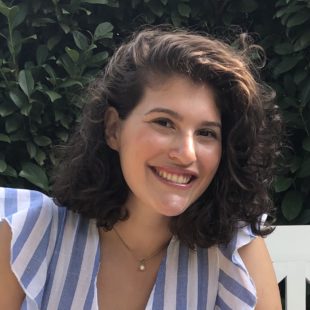 Kate Hidalgo Bellows reports for The Island Packet, a publication on Hilton Head Island, South Carolina, where she focuses on the workers behind the affluent vacation destination. It’s different than some other things she’s done. She wrote about guns, rats and one nomadic bear cub as an intern for PennLive in Harrisburg, Pennsylvania, and reported on the fight over bike lanes as a participant in The New York Times Student Journalism Institute. A 2020 graduate of the University of Virginia, she has reported on Charlottesville, Virginia, and the university for four years, first as an enterprise reporter for The Cavalier Daily, U.Va.’s student newspaper, and then as a freelancer for Charlottesville Tomorrow, where she helped cover the Covid-19 pandemic. Her reporting at The Cavalier Daily has dealt with the aftermath of the 2017 “Unite the Right” rallies, including coverage of an anniversary protest in 2018 for which she and her team won an award from the Virginia Press Association. She is a member of the National Association of Hispanic Journalists.

While the majority of Hilton Head's population is white retirees, its workforce is Latino and African-American. Many of these workers cannot afford to live on the island so they travel from far away to perform jobs in housekeeping, landscaping and restaurant kitchens. They're the unappreciated engine of our tourism economy. More of their stories need to be told.