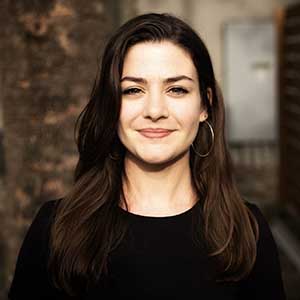 Katie Hyson reports on racial justice for WUFT News, a public media newsroom in Gainesville, Florida. Before her Report for America position, Hyson worked as a supervising editor of digital content for WUFT. In 2020, she graduated from the professional master’s program in mass communications at the University of Florida. Hyson focused on audio, visual and written narratives, resulting in her report on the first openly transgender person to run for the Florida Senate, and a story that focused on one woman in the months leading up to the closure of her homeless camp. Hyson, of Lutz, Florida, is obsessed with the powerful overlap of creative storytelling, rigorous journalism and multimedia. To that end, she developed and launched a two-course practicum in digital production and taught multimedia reporting at the University of Florida. When there’s not a global pandemic, you can catch her telling stories onstage.

This beat reporter focuses on racial and rural inequities, with a focus on historically Black East Gainesville and north central Florida's rural counties. Black households in Gainesville, home to the University of Florida, have the lowest average income and the highest exposure to poverty, according to a study. In the region's more rural areas, health and education disparities have increased. COVID-19 has made these gaps more glaring.