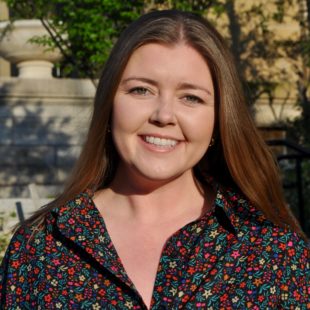 Katie Brown reports for Pine Tree Watch, a publication from The Maine Center for Public Interest Reporting. Maine has lacked a full-time journalist focused on climate and energy and Brown is filling that role. She worked as a local newspaper reporter and community radio producer covering environmental issues while earning her master’s degree in science communication from the University of California, Santa Cruz. She moved to Washington, D.C. to complete the final step of her master’s degree, where she worked at the Pulitzer Center on Crisis Reporting and contributed to a climate change communication campaign for the National Park Service. Before pursuing a career in public service journalism, Brown was an undergraduate researcher at California State University, Monterey Bay and earned a B.A. in environmental studies. She has worked as a field biologist alongside Alaskan fishermen studying fish guts and collaborated with researchers in Ethiopia to conserve indigenous church forests. Her work has been featured in the Mercury News, High Country News, Science News, and Mongabay. She has a Master Scuba Diver rating.

Until now, Maine has lacked a full-time journalist focused on climate and energy. As the state grows coverage of this issue, this Reporter will investigate its broad implications. Just this year, Maine lept from among the lowest-ranked states in adopting renewable energy and addressing climate to the forefront of rural states actively working at it, from within local communities to national and international platforms.