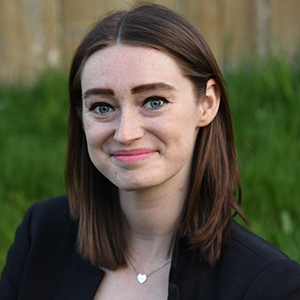 Katie Hayes reports for The Daily Herald in Everett, Washington and covers issues that affect the working class. As a freelance reporter zeroing in on government accountability in the Northwest, Hayes reported on state laws that prohibit private militias. Her work appeared in InvestigateWest and Crosscut, Seattle-based nonprofit news outlets. In 2020, Hayes created a website dedicated to exploring police accountability issues in Olympia, Washington. She wrote in-depth stories and took photos for the site, along with editing stories submitted by other journalists. Hayes is originally from St. Louis and holds a bachelor’s degree in English from the University of Missouri–St. Louis. She has reported on issues that affect rural western Washington communities as a reporter for both The Chronicle in Centralia and the Shelton-Mason County Journal.

This beat offers a broad palette of possible stories about a large segment of our community whose stories often go untold. That includes struggles with housing, employment, transportation, education, mental health, immigration, addiction, homelessness and a litany of other problems that confront a population that more and more finds itself seemingly left behind. Snohomish County has proudly worn its blue-collar label for more than a century. From its early days as a mill town to today as home of a Boeing assembly plant employing 30,000 it has long been associated with industry and labor. This reporter examines the impact political and social policy have on the working class and documents the daily effort required to get and stay ahead in one of the nation's richest and most expensive metropolitan areas.