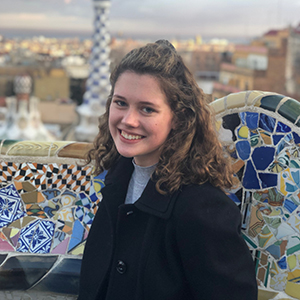 Katrina Pross covers criminal justice for WFYI Public Media, Indiana’s chief PBS and NPR member station, based in Indianapolis. Pross grew up in Eagan, Minnesota and has reported on the courts and criminal justice for the St. Paul Pioneer Press, including the trial of Derek Chauvin for the death of George Floyd—she was one of the select pool reporters rotating inside the courtroom. Pross has also reported on criminal justice reform and COVID-19 outbreaks in Minnesota prisons. She double majored in journalism and French at the University of Minnesota, where she was a reporter and editor at the school’s paper, The Minnesota Daily. Pross has interned at APM Reports, the Star Tribune, and a radio station in France during a study-abroad program. She graduated in 2020, and was named the Daily’s Editor of the Year.

This reporter focuses on how the criminal justice in central Indiana. This is primarily an enterprise beat that is being launched at a time when Indy is considering a variety of police reforms and opening a new criminal justice campus that includes mental health and drug treatment facilities as well as courts and jail facilities.