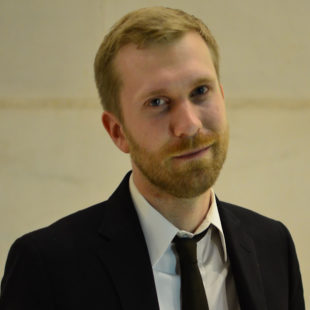 Kevin Knodell reports for Honolulu Civil Beat focusing on Hawaii’s large military and veterans’ presence. He was embedded with U.S. troops in Iraq as a correspondent for Coffee or Die magazine as the COVID-19 pandemic began. His writing and photography have appeared in The Daily Beast, Playboy and Foreign Policy. He has reported from the field on Northeast Syria’s “Rojava Revolution,” covered U.S.-China military relations, examined America’s vast civil-military divide, interviewed refugees using art to fight terrorist ideology and profiled Iraqi Kurdistan’s nightlife. He’s the producer of the podcast “War College,” the co-creator of the graphic memoir Machete Squad and he wrote the Acts of Valor comic series in Naval History magazine. He’s a former contributing editor at the website War Is Boring, where he supervised field coverage of Iraq and Syria during the Yazidi genocide.

The journalist covers Hawaii’s significant U.S. military presence and veteran population. The beat involves a host of issues, taking into account Hawaii’s military history as a strategic allied position and how the past continues to shape the culture and politics in Hawaii today. The Reporter covers the economic value of the U.S. military in Hawaii as the single largest employer in the state; land ownership and environmental impacts, including military training and testing in the Pacific; conflict and racial tensions with the local and Native Hawaiian community; housing and healthcare for those transitioning from military to civilian life and the need for support services to address homelessness and mental health. The Reporter also delves into the future of Hawaii’s military presence and how federal decision-making over national security and foreign policy could have drastic implications for the state.