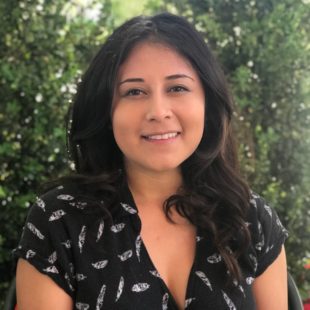 Kim Bojórquez reports for The Sacramento Bee where she covers California’s Latino communities. She notes that “as the daughter of a Guatemalan father and a Mexican mother, my parents were not keen on my choice to pursue a career in journalism. In their home countries, asking questions was looked down upon and downright dangerous.” She has covered everything from Latino lives in Utah to veterans affairs healthcare at the Deseret News, where she worked as an intern before officially joining the newspaper. Formerly, Bojórquez freelanced for the Daily Herald in Provo, Utah and interned for ABC4 in Salt Lake City. She received her B.A. in journalism and minor in Latin American studies from Utah Valley University in 2019. Bojórquez served as the editor of UVU’s student newspaper, the UVU Review, between 2017-2018. During her junior year, she was named a recipient of the Utah Headliners SPJ Sunshine Award for advocating for open records practices at her university. Before moving to the Beehive State, she was raised in North Hollywood, California.

With 24 percent of the population in Sacramento identifying as Latino, and 39 percent statewide, we know legacy media is missing an opportunity to speak to and be a voice for a significant portion of our community. In welcoming a video-first Reporter, we more effectively engage in the channels this population favors. We offer video with subtitles that is both original and that expands on the accountability work relevant to the rising Latinx movement.