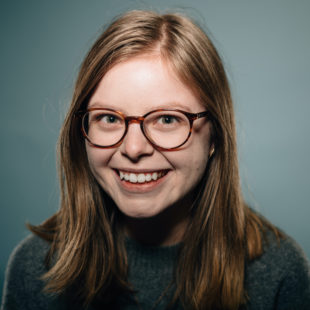 Kristina Karisch reports for The Modesto Bee and focuses on economic development and its impacts in Stanislaus County and the Northern San Joaquin Valley. She has covered politics and policy as an intern at The Washington Monthly and for the Medill News Service. She has also reported on local news for the West Seattle Herald, with a focus on transportation. Karisch graduated from Northwestern University in March with a degree in journalism and political science. She spent her time there reporting for The Daily Northwestern, where she was the paper’s city editor and managing editor. Karisch, who was born in Copenhagen to Austrian parents, grew up in Montreal and Denver and has been living in Seattle since 2016.

Beat: Economic development, and its impacts, in Stanislaus County and the Northern San Joaquin Valley

This Reporter delves into what is spurring economic development, and its impact, in Stanislaus County and the Northern San Joaquin Valley. While the county's unemployment rate has been dropping, for example, it remains higher here than the rest of state and country. The RFA Reporter examines all aspects of how the area has been growing and what’s ahead, as agriculture—our main economic driver—continues to evolve and Stanislaus County looks to grow its work force, bringing Silicon Valley and other businesses here. What can be done to fend off the economic wedge between the Bay Area/Silicon Valley and the Central Valley? What housing plan can make our area more affordable for our local workers, students and seniors? Future economic development plans will impact housing, the environment and transportation, and coverage from a well-sourced Reporter with a single focus is vital to our readers.